Global stats provider StatCounter has released a study which announced that mobile and tablet internet usage has exceeded desktop for the first time worldwide. Mobile use has been trending upward since the advent of the smartphone and the widespread use of tablet devices, but it took until October 2016 for global mobile and tablet internet usage to officially surpass desktop internet usage.
In countries such as the United States and the United Kingdom, where the desktop usage is still more prevalent due to the browsing habits of older demographics, the trend indicates that it’s only a matter of time until mobile internet usage surges ahead. In developing countries, smartphones are often the sole point of internet access.

Desktop web browsing traffic simmers to 48.7% while smartphones and tablets boast a record 51.3%

Though global usage is roughly equivalent at present between desktop and mobile, there is no question that mobile browsing will further dominate in the years to come as users opt for the convenience and mobility of smartphones and tablets.
Aodhan Cullen, CEO of StatCounter, had a pressing statement: “This should be a wake up call especially for small businesses and professionals to make sure that their websites are mobile friendly. Many older websites are not.” With more and more users choosing to browse on mobile devices, fast, smooth, and clean mobile websites and apps will be heavily favored over websites that are slow-loading, glitchy, poorly laid out, or laden with ads and interstitials.
Is your website mobile-friendly? Google recently released a new mobile website speed testing tool which grades your website based on mobile-friendliness, mobile speed, and desktop speed. This is one of the tools that businesses can use to test their website’s mobile-friendliness.
Another recommended tool is GTMetrix, which gives insight on how well a website site loads and also provides actionable recommendations on how to optimize it.
Google is a huge proponent of the mobile revolution and is continuously modifying its search to favor mobile. In 2015, Google began to prioritize mobile-friendly sites in its search results in a change dubbed “Mobilegeddon.” Last month, Google’s Webmaster Trends Analyst Gary Illyes confirmed on Twitter that we will see a split of Google’s index. It will include a rapidly-updated mobile version to serve as the primary index. The desktop version will serve as a secondary index and be updated less often.
The world has spoken: mobile browsing is not just here to stay, it’s here to take over. Are you prepared? 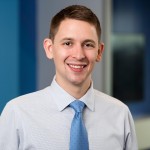