What are the Most Searched Taylor Swift Songs in Canada? Taylor Swift released her 10th studio album, Midnights, on October 21, 2022. Predictably, the internet is buzzing – and when the internet buzzes that usually correlates with a spike in Google searches.

Just for fun, we thought we’d explore Google Trends data to see which songs on the album generated the highest spike in searches by province and territory.

Check out the findings in this Canada map below:

Interestingly, the most searched terms do not track with the most played songs on Spotify (though this information is global, not limited to Canada).

Of the Midnights songs in Taylor Swift’s top 10 most played songs in recent times, only “Snow on the Beach” and “Maroon” are also among the most searched songs by province.

Here at seoplus+, we’re obsessive about search. Even when we’re listening to the latest songs from a global pop icon, it’s hard to turn off our curiosity about how searches engines are involved or affected. It’s also important to keep in mind that even though Google is the dominant search engine, everything from Spotify to TikTok also has a search function of its own.

PS if your favourite new Taylor Swift song is not on the list for your province…off to Google you go. Perhaps you can reverse the trend all on your own! 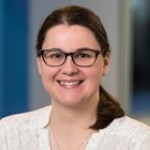 Amanda Stephens is the Vice President of Operations at seoplus+. She leads the production team across a number of departments including SEO, web design/development, and paid ads. Amanda is responsible for team culture, process, and training to ensure optimal results for world class clients.